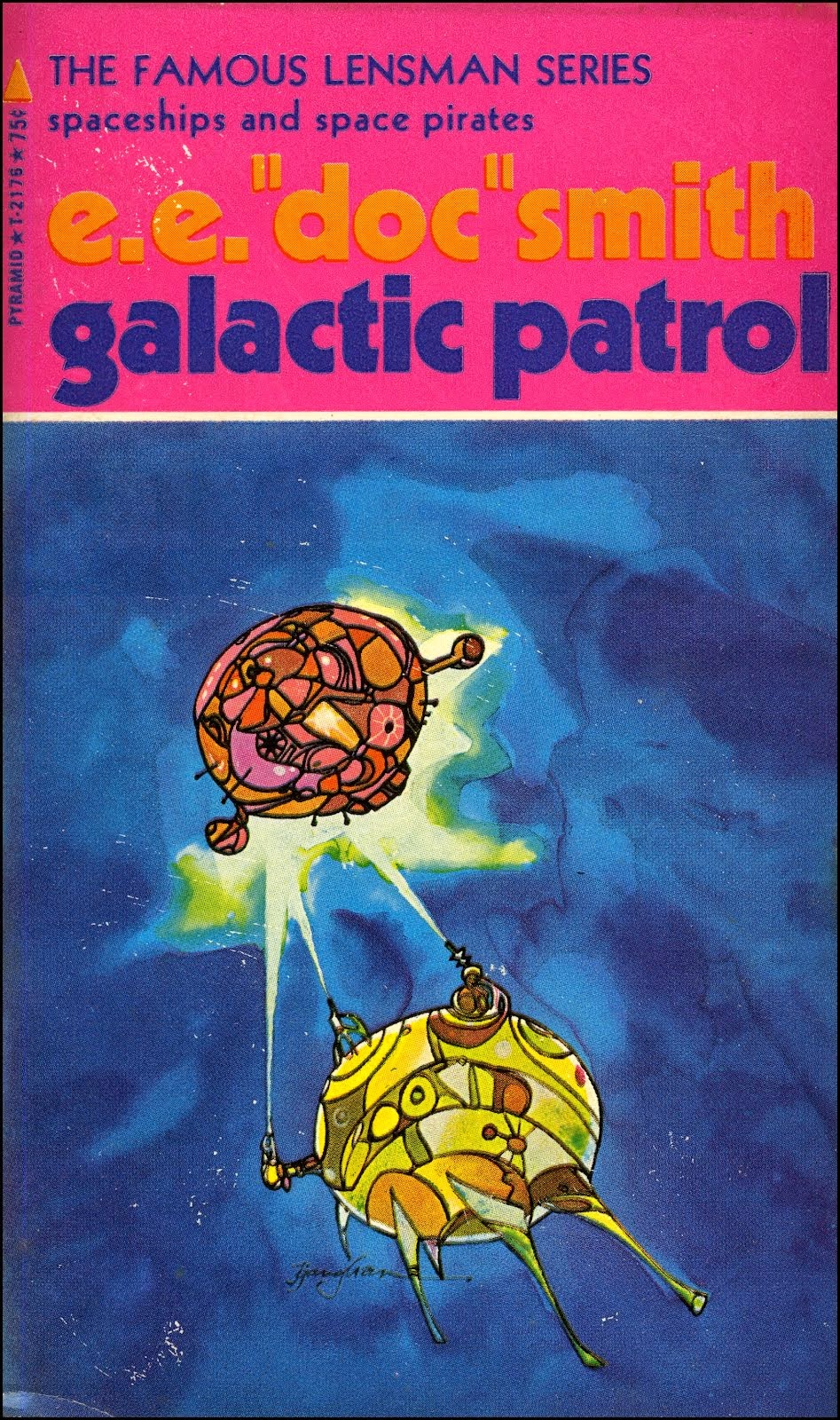 In the late 1960's, I traveled between the galaxies.

In reality, I was standing in front of the wire-frame book rack at Packard's Market in Hackensack, New Jersey. My parents would bring us there for the weekly shopping trip, dump us in front of the books and we would happily browse while they shopped (can you imagine anybody doing that these days?).

Ah yes, the days before bookstores. Yes, there were bookstores in the world, children. Just not in Teaneck, New Jersey, not then. There was the library (with a shelf of science fiction for "juveniles" about four foot long) that I worked through. Alan E. Nourse (Rocket to Limbo, followed by books such as Raiders from the Rings and Scavengers in Space) was my first science fiction novel. Andre Norton (Star Born, the Forerunner books, Zero Stone, Uncharted Stars) soon followed, and then Arthur C. Clarke (Islands in the Sky) and other books from John C. Winston Books...

But those wire racks. Those took me between the galaxies.

You see around that time Pyramid Books reissued E.E. "Doc" Smith's classic Skylark books and Lensman books. I'm not sure what it was that caught my eye. Was it the name? (Did "E.E." have the same mysterious connotations as A.E. in A.E. van Vogt and C.L. as in C.L. Moore?) Was it the fact that it was a series (if you like the first, there's more to come!)? Was it the artwork by (as I learned later) Jack Gaughan?

The covers. Definitely the covers. Cool bug-like spaceships. They didn't look like the Mercury and Gemini capsules that I built models of. They looked like, well, spaceships! Far future craft, plying their way between the stars.

Standing there as the crowds swirled around us, I started with the first book in the series, Triplanetary. And was hooked. During subsequent visits (I was a fast reader), I went through the rest of the series: First Lensman, Galactic Patrol, Grey Lensman, Second Stage Lensman, Children of the Lens and Masters of the Vortex.

We didn't start small. Oh, no. We start with the collision of two galaxies, the creation of many worlds, the rise of two competing philosophies, war in space and on the Earth, the fall of Atlantis, the fall of Rome, World War II, World War ??? and then war between planets.

And that was just the start of the series!

The rise of the Galactic Patrol, the coming of Kimball Kinnison, space pirates, the layers of the onion that was the crime organization of Boskone, weird aliens that were allies...ships that got bigger and bigger, weapons that got bigger and bigger. Heck, skip ships, start tossing planets around! Single worlds! Fleets of worlds! Negaspheres! Vortexes! Mind power! More!

Corny? Yes. Characters? No. Nevertheless, hook, line and sinker. And I revisit them every couple of years.

The Lensman series led to Skylark. Skylark led to John W. "Astounding Stories" Campbell, Jr. Then there was Edmond "World Wrecker" Hamilton, Leigh "Planet Stories" Brackett, Jack "Space Legion" Williamson and all the other proponents of the first great age of space opera.

Space Opera, yep, that is my secret vice.

These things come in waves. Space opera, as it was later termed, helped to build science fiction and bring about the "golden age" (eleven). It helped to spawn films like Forbidden Planet and television series like Star Trek. Then it became uncool and we had the New Wave and the like and then the New Space Opera and it was cool again and then fell out of favor and came back as the New New Space Opera.

When does a secret vice become not so much a vice? Hmmm...time to crack open Galactic Patrol. Or maybe The Legion of Space. Or The Black Star Passes. Or...

(This was my contribution to the latest edition of SF Signal's Mind Meld feature...link lost, alas...)

Addendum: Another 15 picoseconds of fame. 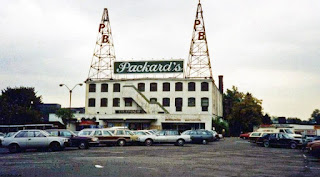