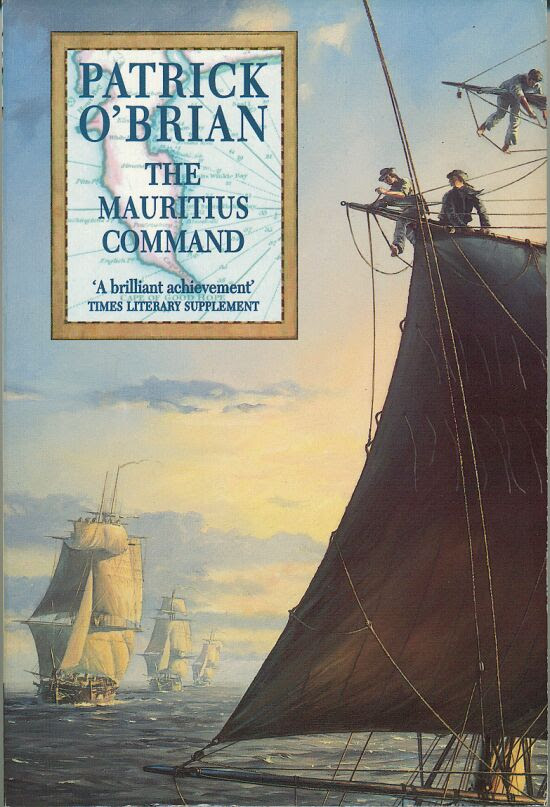 (Given the news a few months back about premium coffee beans that pass through the digestive system of a small animal...I found this appropriate!)

'Killick,' said Stephen, 'what's amiss? Have you see the ghost in the bread-room? Are you sick? Show me your tongue.'

When Killick had withdrawn his tongue, a flannelly object of inordinate length, he said, paler still, 'Is there a ghost in the bread-room, sir? Oh, oh, and I was there in the middle watch. Oh, sir, I might a seen it.'

'There is always a ghost in the bread-room. Light along that pot, will you now?'

'I dursn't, sir, begging your pardon. There's worse news than the ghost, even. Them wicked old rats got at the coffee, sir, and I doubt there's another pot in the barky.'

'Preserved Killick, pass me that pot, or you will join the ghost in the bread-room, and howl for ever more.'

With extreme unwillingness Killick put the pot on the very edge of the table, muttering, 'Oh, I'll cop it: oh, I'll cop it.'

Jack walked in, poured himself a cup as he bade Stephen good morning...[discusses the ship's situation]...'The coffee has a damned odd taste.'

'This I attribute to the excrement of rats. Rats have eaten our entire stock; and I take the present brew to be a mixture of the scrapings at the bottom of the sack.'

'I thought it had a familiar tang,' said Jack. 'Killick, you may tell Mr. Seymour, with my compliments, that you are to have a boat. And if you don't find at least a stone of beans among the squadron, you need not come back. It is no use trying Nereide; she don't drink any.'

When the pot had been jealously divided down to its ultimate dregs, dregs that might have been called dubious had there been the least doubt of their nature, they went on deck.

Addendum: The madness continues. Elephant-filtered coffee. What a fascinating modern age we live in.
Posted by Frederick Paul Kiesche III at 5/16/2007 10:02:00 AM No comments:

I was recently in our local (to where I work) Big Box Book Store and noticed a couple of changes. For one, jackhammers were at work (behind curtins), apparently tearing out the Starbucks that dominated the center of the bookstore. Whether it will be replaced by another chain or by the Big Box's own effort, I do not know.

Then there is the science fiction section. It's undergone several evolutions of late. It has been moved, from the edge of the center (dominated by that coffee chain) to one end of the store. On first glance, there's more room...

But, looking closer, you notice that literature is losing ground.

Looking closer, we find a lot of media books there. True, they are by "real authors", as opposed to folks who seem to specialize in that sort of thing. But, let's toss them out. Then there are series books. Now, I like series books. I cut my "eye teeth" on series books such as "Doc" Smith's Skylark and Lensman books. Many of my ongoing reading projects are revolving around various multi-book series, both science fiction and fantasy. But the shelves seem to be dominated by endless series of endless fantasies (Robert Jordan and Laurell K. Hamilton and other imitators). How much is actually science fiction?

Look who is fading from our shelves. Poul Anderson. Robert A. Heinlein. Isaac Asimov. Arthur C. Clarke, for crying out loud. He's not dead, but he might as well as be for the way he is treated by the publishers and the Big Boxes. Never mind the lesser lights of folks like Alan E. Nourse. If it weren't for the efforts of a few publishing houses, we wouldn't see the likes of Christopher Anvil or Andre Norton or Cordwainer Smith or E.E. "Doc" Smith.

My God, I can't find a single volume by Clifford D. Simak. Have we forgotten so much? My God, does nobody read City any more?

Note. Not all of those names are dead. They still write. They still publish. Where are their books?

Am I being a curmudgeon? Every field that I have some sort of peripheral interest or acquaintance with (e.g., model rocketry or model railroading or gaming, to name three) yells about the "graying of the hobby", how "kids these days" just aren't doing what their parent's once were interested in.

Science fiction is literature, though. Those who hold the "canon" sacred may not want to think of it, but it is literature. Literature, I feel, shapes our lives, influences the way we think and act throughout our lives. Can manga do that? Games? Anime? RPG's?

Will any of these things lead to reading? Or do all these multi-media forms, SMS, the BlackBerry, e-mail, and other new (new from the perspective of the long-term) forms of expression/communication foretell the "decline of civilization".

Comments welcome. I'll just shut up now, retreat to a book written with a pen (long-hand) and wait to see if I've made sense or I just need to consume more coffee.
Posted by Frederick Paul Kiesche III at 5/02/2007 07:31:00 AM No comments: 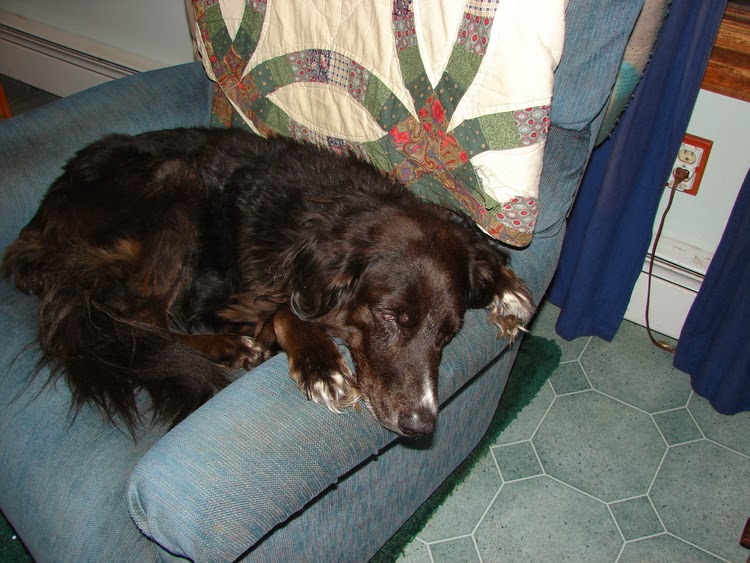 Am not going to argue whether a machine can "really" be alive, "really" be self-aware. Is a virus self-aware? Nyet! How about oyster? I doubt it. A cat? Almost certainly. A human? Don't know about you tovarishch, but I am. Somewhere along evolutionary chain from macromolecule to human brain self-awareness crept in. Psychologists assert it happens automatically whenever a brain acquires certain very high number of associational paths. Can't see it matters whether paths are protein or platinum.

("Soul?" Does dog have a soul? How about cockroach?) (The Moon is a Harsh Mistress, Part 1, That Dinkum Thinkum, Chapter 1)

"Do dogs have souls? Maybe not in the sense we reserve for ourselves, but in other sense: memory. That's where they go, and it's good enough for them...I thought of some other dogs I've known, and how it's necessary to recollect them from time to time, and thank them for the honor of holding their ghosts until you relinquish your own." (James Lileks)

"I know of no reason why I should not look for the animals to rise again, in the same sense in which I hope myself to rise again—which is, to reappear, clothed with another and better form of life than before. If the Father will raise His children, why should He not also raise those whom He has taught His little ones to love?

"Love is the one bond of the universe, the heart of God, the life of His children: if animals can be loved, they are lovable; if they can love, they are yet more plainly lovable: love is eternal; how then should its object perish? Must the love live on forever without its object? or, worse still, must the love die with its object, and be eternal no more than it?

"Is not our love to the animals a precious variety of love? And if God gave the creatures to us, that a new phase of love might be born in us toward another kind of life from the same fountain, why should the new life be more perishing than the new love?

"Can you imagine that, if, hereafter, one of God's little ones were to ask Him to give again one of the earth's old loves—kitten, or pony, or squirrel, or dog, which He had taken from him, the Father would say no? If the thing was so good that God made it for and gave it to the child at first who never asked for it, why should He not give it again to the child who prays for it because the Father had made him love it? What a child may ask for, the Father will keep ready." (George MacDonald)