A wonderful tribute to Jack Vance by Carlo Rotella.

WHEN I WAS 14 or so, in the late ’70s, I knew an Advanced Boy, a connoisseur of all that was cooler than whatever his classmates were listening to, smoking or reading. I was impressed with myself for having graduated from Tolkien to E. R. Eddison and Michael Moorcock. “Kid stuff,” said the Advanced Boy. “Try this.” He handed me a paperback copy of Vance’s “Eyes of the Overworld.” On the cover a giant lizardlike creature was tipping over a rowboat containing a man in regulation swords-and-sorcery attire and a buxom woman in regulation dishabille.

I can remember the exact lines on the second page that sank the hook in me for keeps, a passing exchange of dialogue between two hawkers of sorcerous curios at a bazaar:

“ ‘I can resolve your perplexity,’ said Fianosther. ‘Your booth occupies the site of the old gibbet, and has absorbed unlucky essences. But I thought to notice you examining the manner in which the timbers of my booth are joined. You will obtain a better view from within, but first I must shorten the chain of the captive erb which roams the premises during the night.’

The feral, angling politesse, the marriage of high-flown language to low motives, the way Cugel’s clipped phrases rounded off Fianosther’s ornate ones — I felt myself seized by a writer’s style in a way I had never experienced before. Vance didn’t even have to describe the “captive erb.” The phrase itself conjured up rows of teeth and the awful strength of a long, sinewy body surging up your leg.

Jo Walton takes a look at one of my favorite Samuel R. Delany books, Empire Star.

Addendum (from many dates): And there's more! Jo Walton on the need for more SRD. Jo Walton on SRD's Nova. A second piece by Walton on Nova. Walton on SRD's Babel 17. Walton on the SRD book everybody loves...or hates. Walton on a key SRD anthology. Walton on Stars in My Pocket Like Grains of Sand. Walton on SRD's autobiography (a book I highly recommend). Additional associational writings. Delany's latest. Sean Grattan on Trouble on Triton. Delany (and others) in The Paris Review.
Posted by Frederick Paul Kiesche III at 3/13/2009 01:07:00 PM No comments: 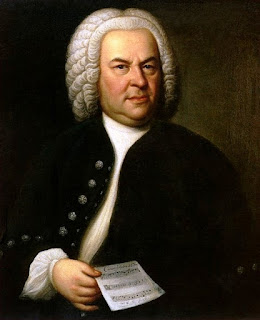 Truly, there is no better way to relax after a wacky work week than knocking back and listening to the immortal notes of Johann Sebastian Bach.

Maybe I should also be reading this book and contemplating my Escher etchings.
Posted by Frederick Paul Kiesche III at 3/13/2009 11:19:00 AM No comments:

My reading of the book was spurred last year by my friend Pete Young and his review of the book. For one reason or another, I could not quite agree with his review, but had to re-read the book to try and get my thoughts in order. I'm still not quite there yet, even with two more readings.

Take a look at the Wikipedia entry for some background. You might also want to read their entry for the sequel as well as for the author.

Fiat Homo (~2600 AD): The book opens some 600 years after the Flame Deluge and the end of our civilization. Brother Francis is a monk in the order dedicated to the Blessed (not saint yet) Leibowitz. While performing his Lentan fast, he discovers a number of artifacts linked to Leibowitz. The story looks at the order, its role in preserving knowledge, and the quest to have Leibowitz recognized as a Saint.

Now, after six centuries of darkness, the monks still preserved this Memorabilia, studied it, copied and recopied it, and patiently waited. At the beginning, in the time of Leibowitz, it had been hoped—and even anticipated as probable—that the fourth or fifth generation would begin to want its heritage back. But the monks of the earliest days had not counted on the human ability to generate a new cultural inheritance in a couple of generations if an old one is utterly destroyed, to generate it by virtue of lawgivers and prophets, geniuses or maniacs; through a Moses, or through a Hitler, or an ignorant but tyrannical grandfather, a cultural inheritance may be acquired between dusk and dawn, and many have been so acquired. But the new "culture" was an inheritance of darkness, wherein "simpleton" meant the same thing as "citizen" meant the same thing as "slave." The monks waited. It mattered not at all to them that the knowledge they saved was useless, that much of it was not really knowledge now, was as inscrutable to the monks in some instances as it would be to an illiterate wild-boy from the hills; this knowledge was empty of content, its subject matter long since gone. Still, such knowledge had a symbolic structure that was peculiar to itself, and at least the symbol-interplay cold be observed. To observe the way a knowledge-system is knit together is to learn at least a minimum knowledge-of-knowledge, until someday—someday, or some century—an Integrator would come, and things would be fitted together again. So time mattered not at all. The Memorabilia was there, and it was given to them by duty to preserve, and preserve it they would if the darkness in the world lasted ten more centuries, or even ten thousand years, for they, though born in the darkest of ages, were still the very bookleggers and memorizers of the Beatus Leibowitz; and when they wandered abroad from their abbey, each of them, the professed of the Order—whether stablehand or Lord Abbot—carried as part of his habit a book, usually a Breviary these days, tied up in a bindlestiff.


Fiat Lux (3174 AD): Civilization is starting to return to the world, but so has war. This section of the tale revolves around the quest of the scholar, Thon Taddeo (the "Integrator" mentioned in the passage above), to examine the manuscripts preserved by the Order of Saint Leibowitz.

"Yes, yes, but the freedom to speculate is essential—"

"No one has tried to deprive you of that. Nor is anyone offended. But to abuse the intellect for reasons of pride, vanity, or escape from responsibility, is the fruit of that same tree."

"You question the honor of my motives?" asked the thon, darkening.

"At times I question my own. I accuse you of nothing. But ask yourself this: Why do you take delight in leaping to such a wild conjecture from so fragile a springboard? Why do you wish to discredit the past, even to dehumanizing the last civilization? So that you need not learn from their mistakes? Or, can it be that you can't bear being only a 'rediscoverer' and must feel that you are a 'creator' as well?"

The thon hissed an oath. "These records should be placed in the hands of competent people," he said angrily. "What irony this is!"

The light sputtered and went out. The failure was not mechanical. The novices at the drive-mill had stopped work.


Fiat Voluntas Tua (3781 AD): Man has found the way to the stars. Technological war has returned to earth. While the Order of Leibowitz struggles with the events leading up to the return of Lucifer (atomic war) and its aftermath; they also send a group of monks to the stars in order to make sure that knowledge is not lost and the Church survives.

"You are the continuity of the Order," he told them. "With you goes the Memorabilia. With you also goes the apostolic succession, and, perhaps—the Chair of Peter.

"No, no," he added in response to the murmur of surprise from the monks. "Not His Holiness. I had not told you this before, but if the worst comes on Earth, the College of Cardinals—or what's left of it—will convene. The Centaurus Colony may then be declared a separate patriarchate, with full patriarchal jurisdiction going to the cardinal who will accompany you. If the scourge falls on us here, to him, then, will go the Patrimony of Peter. For though life on Earth may be destroyed—God forbid—as long as Man lives elsewhere, the office of Peter cannot be destroyed. There are many who think that if the curse falls of Earth, the papacy would pass to him by the principle of Epikeia if there were no survivors here. But that is not your direct concern, brothers, sons, although you will be subject to your patriarch under special vows as those which bind the Jesuits to the Pope.

"You will be years in space. The ship will be your monastery. After the patriarchal see is established at the Centaurus Colony, you will establish there a mother house of the Visitationist Friars of the Order of Saint Leibowitz of Tycho. But the ship will remain in your hands, and the Memorabilia. If civilization, or a vestige of it, can maintain itself on Centaurus, you will send missions to the other colony worlds, and perhaps eventually to the colonies of their colonies. Wherever Man goes, you and your successors will go. And with you, the records and remembrances of four thousand years and more. Some of you, or those to come after you, will be mendicants and wanderers, teaching the chronicles of Earth and the canticles of the Crucified to the peoples and the cultures that may grow out of the colony groups. For some may forget. Some may be lost for a time from the Faith. Teach them, and receive into the Order those among them who are called. Pass on to them the continuity. Be for Man the memory of Earth and Origin. Remember this Earth. Never forget her, but—never come back." Zerchi's voice went hoarse and low. "If you ever come back, you might meet the Archangel at the east end of Earth, guarding her passes with a sword of flame. I feel it. Space is your home hereafter. It's a lonelier desert than ours. God bless you, and pray for us."


It's a sad story. It's a wonderful story. It's a hopeful story. Civilization falls, rises, and falls again. Knowledge is preserved and passed on. Man struggles and perseveres. The book is chock full of time (look at the dates!), full of mystery (...Who, for example, is Benjamin? the Wandering Jew? Lazarus? And does he survive in the end?)

Then she was gone. He could hear her voice trailing away in the new ruins. "la la la, la-la-la..."

The image of those cool green eyes lingered with him as long as life. He did not ask why God would choose to raise up a creature of primal innocence from the shoulder of Mrs. Grales, or why God gave to it the preternatural gifts of Eden—those gifts which Man had been trying to seize by brute force again from Heaven since first he lost them. He had seen primal innocence in those eyes, and a promise of resurrection. One glimpse had been a bounty, and he wept in gratitude. Afterwards he lay with his face in the wet dirt and waited.

Nothing else ever came—nothing that he saw, or felt, or heard.