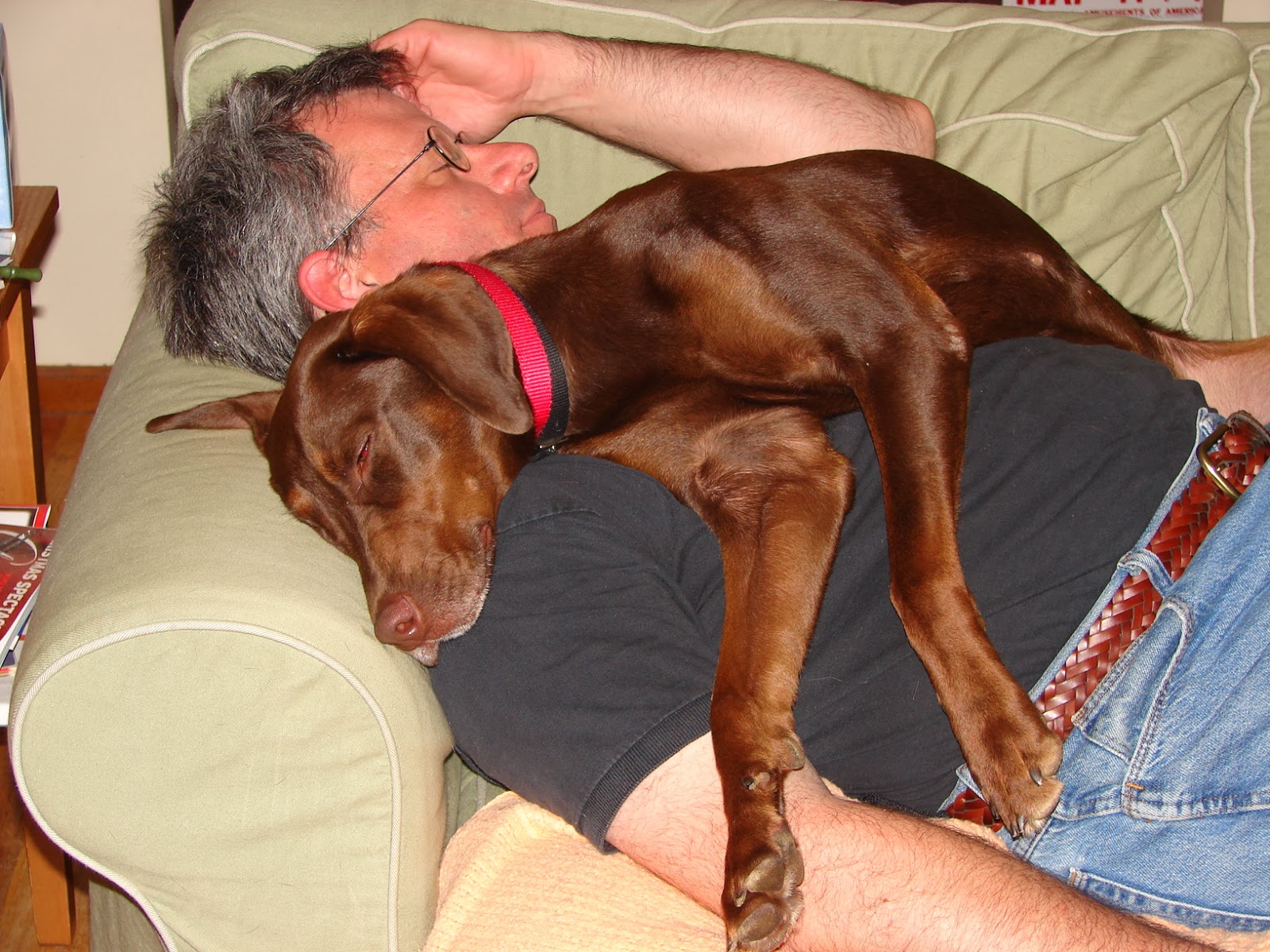 Take a look at that picture. See that dog draped across me? That would be Miss Mocha (a.k.a. New Dog Mark 4.0), a rescue Doberman/Labrador mix.

Sigh. What to do with her?

Don't know what happened when I went out to take The Young Lady to camp, but when I returned I found five book shelves (double thick) emptied, magazines everywhere, notebooks (some partly used) scattered and lots of damage. Dustjackets shredded, books chewed, some completely destroyed. A new meaning to "you are in the dog house". I put her outside as I am mad enough to raise hands, and that is something I try to avoid with a dog that is already "scarred" from her previous owner.

Her only saving throw so far is that the Ted Sturgeon short story collections she destroyed appear to be being reprinted in September, so although they won't be the prime condition FIRST EDITIONS anymore, at least I can replace these for a "reasonable" amount of money (ten volumes, sigh).

Something must have set her off, because it was a departure like any other this morning, nothing different. Sigh, this dog has cost me about five times her "donation cost" in books.
Posted by Frederick Paul Kiesche III at 7/23/2010 09:05:00 PM No comments: