The Weird Worlds of Klarkashton 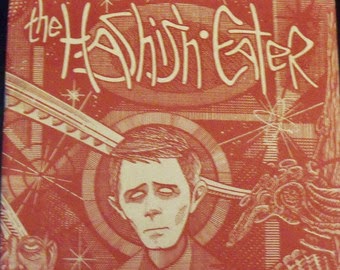 This year, as part of my attempt to read more short fiction (I think I over succeeded) and to clear out some backlog off of Mount Toberead, I tackled this collection from Night Shade Books (available, by the way, in paper, electronic and audio—and I read these using all three methods!).

While I sometimes jokingly say that Smith never met a two syllable word that he wouldn't toss out of the story in order to use a four to six syllable word, in many ways Smith was a better writer than Lovecraft. I think his series work (see the Averoigne cycle as an example) hangs together better in terms of background, plotting and the like. However, since he has been associated with Lovecraft, people, I think, haven't appreciated this.

This series should go a long way towards correcting this. Night Shade has gathered together all the stories: seek out the poetry (available in several print and electronic editions) and seek out his early novels (only in paper, as far as I know) plus the famous Black Book if you want the rest. Honestly, if you try these you'll probably have more than enough of a taste of his style.

Erudite, yes. But some good stories, some nice mythologies and your vocabulary will grow! 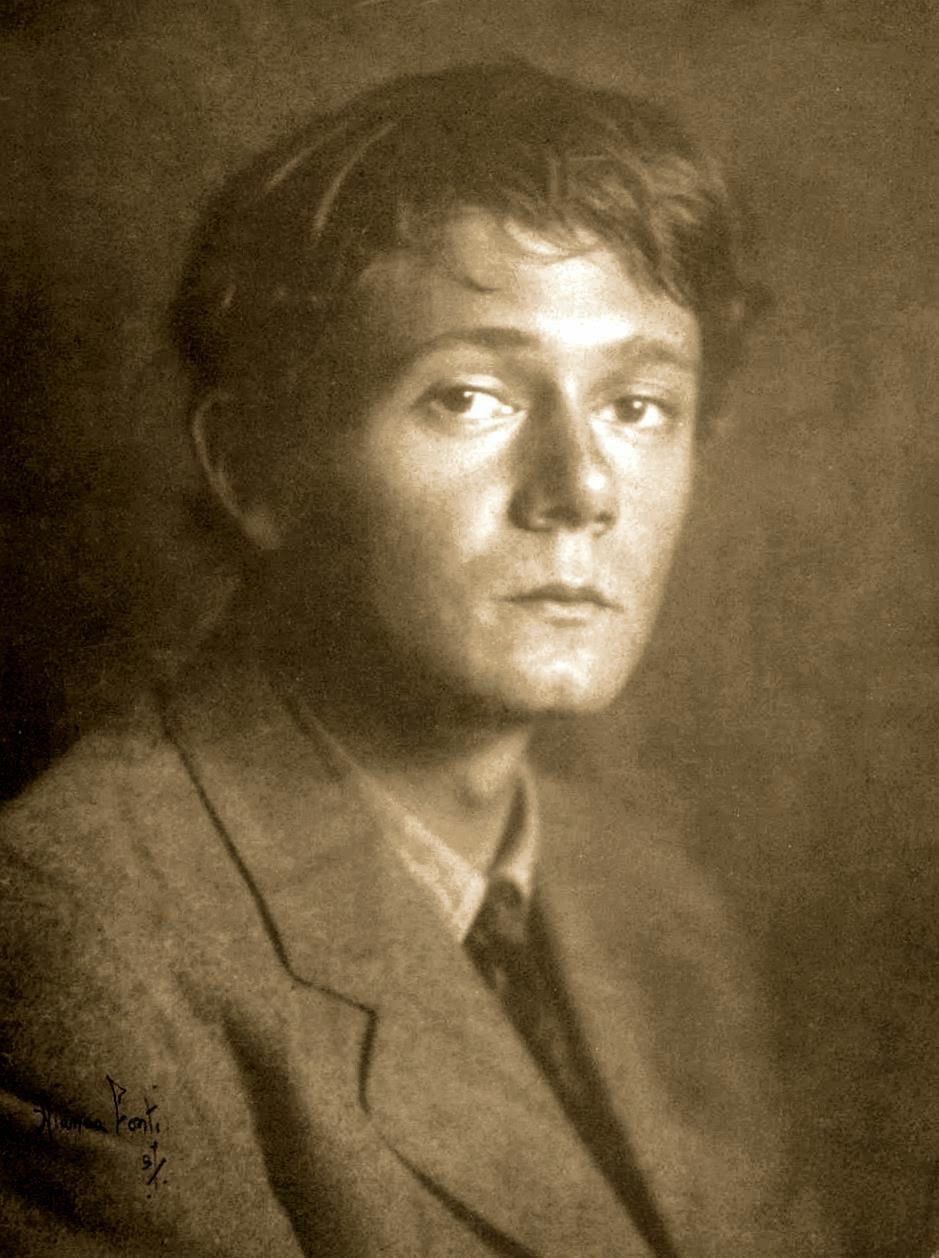 The Collected Fantasies of Clark Ashton Smith 01: The End of the Story (made up of Introduction by Ramsey Campbell; A Note on the Texts by Scott Connors and Ron Hilger; To the Daemon; The Abominations of Yondo; Sadastor; The Ninth Skeleton; The Last Incantation; The End of the Story; The Phantoms of the Fire; A Night in Malneant; The Resurrection of the Rattlesnake; Thirteen Phantasms; The Venus of Azombeii; The Tale of Satampra Zeiros; The Monster of the Prophecy; The Metamorphosis of the World; The Epiphany of Death; A Murder in the Fourth Dimension; The Devotee of Evil; The Satyr; The Planet of the Dead; The Uncharted Isle; Marooned in Andromeda; The Root of Ampoi; The Necromantic Tale; The Immeasurable Horror; A Voyage to Sfanomoe; Story Notes by Scott Connors and Ron Hilger; Alternate Conclusion to 'The Satyr'; From the Crypts of Memory; Bibliography by Scott Connors and Ron Hilger.)

The Collected Fantasies of Clark Ashton Smith 02: The Door to Saturn (made up of Introduction by Tim Powers; A Note on the Texts by Scott Connors and Ron Hilger; The Door to Saturn; The Red World of Polaris; Told in the Desert; The Willow Landscape; A Rendezvous in Averoigne; The Gorgon; An Offering to the Moon; The Kiss of Zoraida; The Face of the River; The Ghoul; The Kingdom of the Worm; An Adventure in Futurity; The Justice of the Elephant; The Return of the Sorcerer; The City of the Singing Flame; A Good Embalmer; The Testament of Athammaus; A Captivity in Serpens; The Letter from Mohaun Los; The Hunters from Beyond; Story Notes by Ron Hilger and Scott Connors; Alternate Ending to "The Return of the Sorcerer"; Bibliography by Scott Connors and Ron Hilger; About the Editors.)

The Collected Fantasies of Clark Ashton Smith 03: A Vintage from Atlantis (made up of Introduction by Michael Dirda; A Note on the Texts by Scott Connors and Ron Hilger; The Holiness of Azedarac; The Maker of Gargoyles; Beyond the Singing Flame; The Vaults of Yoh-Vombis; The Eternal World; The Demon of the Flower; The Nameless Offspring; A Vintage from Atlantis; The Weird of Avoosl Wuthoqquan; The Invisible City; The Immortals of Mercury; The Empire of the Necromancers; The Seed from the Sepulcher; The Second Interment; Ubbo-Sathla; The Double Shadow; The Plutonian Drug; The Supernumerary Corpse; The Colossus of Ylourgne; The God of the Asteroid; Story Notes by Ron Hilger and Scott Connors; The Flower-Devil; Bibliography by Ron Hilger and Scott Connors.)

The Collected Fantasies of Clark Ashton Smith 04: The Maze of the Enchanter (made up of Introduction by Gahan Wilson; A Note on the Texts by Ron Hilger and Scott Connors; The Mandrakes; The Beast of Averoigne; A Star-Change; The Disinterment of Venus; The White Sybil; The Ice-Demon; The Isle of the Torturers; The Dimension of Chance; The Dweller in the Gulf; The Maze of the Enchanter; The Third Episode of Vathek—The Story of Princess Zulkais and the Prince of Kalilah by William Beckford and Clark Ashton Smith; Genius Loci; The Secret of the Cairn; The Charnel God; The Dark Eidolon; The Voyage of King Euvoran; Vulthoom; The Weaver in the Vault; The Flower-Women; Story Notes by Scott Connors and Ron Hilger; Alternate Ending to "The White Sybil"; The Muse of Hyberborea; The Dweller in the Gulf—Added Material; Bibliography by Scott Connors and Ron Hilger.)

The Collected Fantasies of Clark Ashton Smith 05: The Last Hieroglyph (made up of Introduction by Richard A. Lupoff; A Note on the Texts by Scott Connors and Ron Hilger; The Dark Age; The Death of Malygris; The Tomb-Spawn; The Witchcraft of Ulua; The Coming of the White Worm, Being Chapter IX of the Book of Eibon; The Seven Geases; The Chain of Aforgomon; The Primal City; Xeethra; The Last Hieroglyph; Necromancy in Naat; The Treader of the Dust; The Black Abbot of Puthuum; The Death of Ilalotha; Mother of Toads; The Garden of Adompha; The Great God Awto; Strange Shadows; The Enchantress of Sylaire; Double Cosmos; Nemesis of the Unfinished; The Master of the Crabs; Morthylla; Schizoid Creator; Monsters in the Night; Phoenix; The Theft of the Thirty-Nine Girdles; Symposium of the Gorgon; The Dart of Rasasfa; Story Notes by Scott Connors and Ron Hilger; Variation Temptation Scenes from "The Witchcraft of Ulua"; The Traveler; Material Removed from "The Black Abbot of Puthuum"; Alternate Ending to "I Am Your Shadow"; Alternate Ending to "Nemesis of the Unfinished"; Bibliography by Scott Connors and Ron Hilger.)

The Miscellaneous Writings of Clark Ashton Smith (made up of Foreword by Scott Connors and Ron Hilger; The Sorcerer Departs by Donald Sidney-Fryer; The Animated Sword; The Red Turban; Prince Alcouz and the Magician; The Malay Krise; The Ghost of Mohammed Din; The Mahout; The Rajah and the Tiger; Something New; The Flirt; The Perfect Woman; A Platonic Entanglement; The Expert Lover; The Parrot; A Copy of Burns; Checkmate; The Infernal Star; Dawn of Discord; House of Monoceros; The Death Will Cuckold You—A Drama in Six Scenes; The Hashish Eater—or—The Apocalypse of Evil; Bibliography; O Amor Atque Realitas!—Clark Ashton Smith's First Adult Fiction by Donald Sidney-Fryer.)