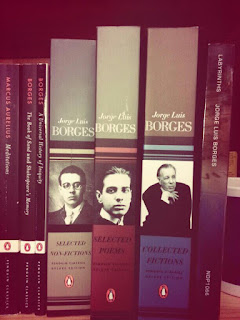 Well, by the weight of my past year readings, 2017 was pretty much a disaster. A number of factors went into that, and most of those continued well into 2018. Luckily, my conscious efforts to get past that worked, for the most part, and 2018 was a much more successful year than 2017. I also made an effort to rekindle (get it? get it?) my love of reading by concentrating on shorter works and works that I had read previously.

You can see a lot of old friends on the list. I've said in the past certain books are a psychological comfort food, and due to various events in 2018, I needed that. Spider Robinson's Callahan's Crosstime Saloon and other entries in that series, Clifford D. Simak's The Goblin Reservation, and others fit in that category. 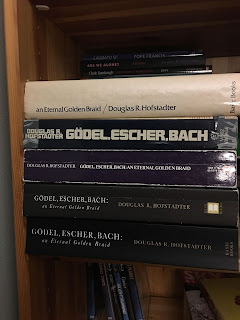 The year also included a somewhat tradition of re-reading Roger Zelazny's A Night in the Lonesome October, Neil Gaiman's work on The Sandman, and the Transmetropolitan series by Warren Ellis. I will continue with the re-read of Zelazny in 2019 (the book is broken into 31 short chapters, making it an easy read for October), but I will probably skip the re-reads of Gaiman and Ellis, and take a break on those for a year or more.

Some of the reading lead to inspiration in other areas. Re-reading Clancy made me dig around in my game collection. Picking up E.C. Tubb and Andre Norton got me thinking about running the classic SF-RPG Traveller again.

I'll continue with authors like C.J. Cherryh (a new Alliance-Union novel is coming in 2019, so a re-read of the series is in order), Andre Norton and others that I started in 2018. I still see more of a need for "comfort" than "new frontiers", at least for now.

The audiobook count trended down, but only because my podcast listening kept growing. I added a lot of podcasts to the app I use in 2018. And certain categories, specifically news, never seemed to slack as I expected them to. On the other hand, if the audiobook and the electronic book were linked, I often swapped between the audiobook app and the eBook reader to go through a book (the book was listed only in one form or the other depending on how I consumed it the majority of the time).

The goal here was not met. I have, for several years, managed to read one short story a day. 2017 saw me fall short, 2018 was another failure (but not quite as bad). So, 2019 will have me continue, starting with those books I did not finish (or planned to get to but did not). The funny thing is that it would have been an easy win but I had split "short graphic titles" out from "short text-only titles".

See above on Warren Ellis and Neil Gaiman. Both notable reads, as always, but it's time to move onwards. Other notable reads were Saladin Ahmed, especially his Abbott title, the various Hellboy and Hellboy adjacent titles by Mike Mignola and friends, and Howard Tayler's Schlock Mercenary series (which continues to be my favorite, having started reading it shortly after it was first launched, nearly two decades ago).

Email ThisBlogThis!Share to TwitterShare to FacebookShare to Pinterest
Labels: Culture, Diversions, Education, Reading, The Map is the Territory, The Year in Books, The Year in Graphics, The Year in Shorts